EXECUTIVE DIRECTOR’S REPORT
TO THE SAN FRANCISCO ETHICS COMMISSION
For the Meeting of April 11, 2011

Thirty-eight candidates have declared to run for office in November 2011: 31 for Mayor, four for District Attorney and three for Sheriff.  Three candidates for Mayor have submitted an application for public funds.  The Commission has disbursed a total of $661,828 to two of these three candidates; the third candidate’s application is currently under review.

Revenues received and deposited as of April 6, 2011:

As of April 5, 2011, twenty-seven campaign consultants are active and registered with the Commission.  $15,650 in registration fees and $2,350 in late fines have been collected during the 2010-2011 fiscal year.  The next campaign consultant quarterly report deadline is Wednesday, June 15, 2011.  Staff will mail and e-mail reminder notices to all active campaign consultants two weeks before the deadline.

Reminder notices were sent out on March 22 to Filing Officers regarding the April 1 deadline for SEI-filings such as the Statement of Economic Interests (SEI) and the Sunshine Ordinance Declaration.

From January 1 to March 18, approximately 286 SEI-related filings were entered into SFEDS.  From March 19 to April 1, 902 SEI-related forms were filed with the Commission.  Staff continues to work on processing the filings.

On March 9, staff facilitated a Statement of Incompatible Activities Training for the Department on the Environment.

On April 4, staff met with a delegation of 21 officials from the Wuhan City Bureau of Supervision, Wuhan Province, China.  The group, which consisted of inspectors who oversee anti-corruption programs, were in the U.S. to learn about ways to control government spending, prevent corruption and improve government efficiency, as well as extending educational opportunities for public employees. 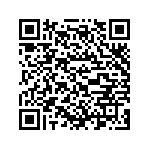 Scan the QR code with a mobile device camera to access the latest version of this document online:
https://sfethics.org/ethics/2011/04/executive-directors-report-april-11-2011.html