EXECUTIVE DIRECTOR’S REPORT
TO THE SAN FRANCISCO ETHICS COMMISSION
For the Meeting of June 13, 2011

The Mayor proposed his FY 11-12 budget to the Board of Supervisors on June 1.  The budget generally provides the Commission its requested budget, which includes $2,259,979 for the operating budget and $2,009,451 for the Election Campaign Fund (ECF), plus a repayment of $4,079,107 to the ECF.  The Board is scheduled to consider the Commission’s budget on June 20 and 27.  I will continue to work closely with both the Mayor and the Board regarding the Commission’s budget.

Revenues received and deposited as of June 1, 2011:

The Sunshine Ordinance Task Force (SOTF) has informed the Commission that its review of draft regulations related to the handling of complaints regarding alleged violations of the Sunshine Ordinance and referrals from the SOTF continues.  The SOTF anticipates that it will complete its work sometime this summer.

Between May 3 and June 1, staff entered 382 SEI-related filings into SFEDS.  Staff continues to work on processing the filings.

On May 27, staff met with a delegation of 14 representatives from the municipality of Xi’an, which is the capital city Shaanxi Province, China.  The group was visiting the U.S. to attend a training program to learn practices of public administration and anti-corruption in the public sector.  Many of the delegates were attorneys general or inspectors general in their district.
On June 9, staff met with a delegation of 20 representatives of the ShanDong Provincial Government of China.  The group was interested in discussing the organizational structure of local government, ethics as it applies to employees, and the creation of transparency and anti-corruption in government.
On May 11, staff conducted a Governmental Ethics and Statement of Incompatible Activities Training for the Fire Department.
On May 17, staff conducted two Governmental Ethics and Statement of Incompatible Activities Trainings for the Planning Department.
The Commission continues to offer trainings on Statements of Incompatible Activities to City departments. 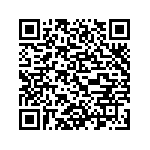 Scan the QR code with a mobile device camera to access the latest version of this document online:
https://sfethics.org/ethics/2011/06/executive-directors-report-june-13-2011.html