EXECUTIVE DIRECTOR’S REPORT
TO THE SAN FRANCISCO ETHICS COMMISSION
For the Meeting of July 11, 2011

The Mayor proposed his FY 11-12 budget to the Board of Supervisors on June 1.  The budget generally provides the Commission its requested budget, which includes $2,259,979 for the operating budget and $2,009,451 for the Election Campaign Fund (ECF), plus a repayment of $4,079,107 to the ECF.  No changes were made by the Budget Committee when it considered the Commission’s budget on June 20 and 27.  The budget will be introduced to the Board at its meeting on July 12; the Board is scheduled to complete its consideration of the budget by July 26.

Eight candidates for Mayor have been certified as eligible to receive public funds.  The Commission has disbursed a total of $2,705,651 to these eight candidates.

The Sunshine Ordinance Task Force (SOTF) has informed the Commission that its review of draft regulations related to the handling of complaints regarding alleged violations of the Sunshine Ordinance and referrals from the SOTF continues.  The SOTF anticipates that it will complete its work sometime this summer.

As of July 5, 2011, 31 campaign consultants are active and registered with the Commission.  $17,500 in registration fees and $2,800 in late fines were collected during the 2010-2011 fiscal year.  The next campaign consultant quarterly report deadline is Thursday, September 15, 2011.  Staff will mail and e-mail reminder notices to all active campaign consultants two weeks before the deadline.

On July 7, 2011, the Rules Committee will consider for placement on the November 2011 ballot the draft amendments to the Campaign Consultant Ordinance that were approved by the Ethics Commission at its meetings on December 13, 2010 and January 10, 2011.

Fines may be assessed up to four years after the late filing.  The Ethics Commission staff will be sending late fee notifications sometime from November through January in order to capture the majority of late filings for 2011.  The Commission may impose late fees of up to $100 for each SEI not filed on time.

On June 17, staff led a discussion session with new members of the Civil Grand Jury on the filing of the Statement of Economic Interests (SEI).

On June 23, staff conducted a Candidates’ Training which covered filing requirements for potential candidates for the City elective offices of Mayor, District Attorney, and Sheriff.  This training focused on campaign finance requirements that apply to candidates for all City elective offices and provided an overview of the Mayoral public financing program.

This past fiscal year we have been fortunate to have had the services of the following interns, some of whom are continuing on with their services to the Commission:  Rose Chan, a graduate of the USF School of Law; Johnny Hosey, a graduate of San Francisco State University; Dakotta Alex, a student at the Graduate Theological Union/UC Berkeley; and Perry Wong, an undergraduate at New York University. 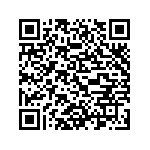 Scan the QR code with a mobile device camera to access the latest version of this document online:
https://sfethics.org/ethics/2011/07/executive-directors-report-july-11-2011.html