EXECUTIVE DIRECTOR’S REPORT
TO THE SAN FRANCISCO ETHICS COMMISSION
For the Meeting of August 8, 2011

The Mayor signed this fiscal year’s budget into law on July 26.  As reported previously, the budget provides the Commission its requested budget, which includes $2,259,979 for the operating budget and $2,009,451 for the Election Campaign Fund (ECF), plus a repayment of $4,079,107 to the ECF.  This represents a 4.5% increase over last year’s operating budget.

As of August 1, 2011, eight candidates for Mayor have been certified as eligible to receive public funds and a ninth candidate’s application is under review.  The eight eligible candidates have received public funds totaling $3,098,191.  Every publicly financed candidate’s IEC is currently at $1,475,000.

The last day for candidates to submit an application for public funds is August 20, 2011.  In order to receive public funds, an interested candidate must demonstrate, among other things, that he/she has received at least $25,000 in qualifying contributions on or before August 29, 2011 from at least 250 individuals who reside in the City.

As of August 1, 2011, there are 21 pending complaints alleging violations within the Ethics Commission’s jurisdiction.

a. Filing deadline.  The most recent filing deadline occurred on August 1, 2011 for the First Semi-Annual statement, which covers the reporting period ending June 30, 2011.  Staff continues to receive and process campaign statements and will notify non-filers about their past due statements.

The next filing deadline falls on September 29, 2011 for the First Pre-Election statement, which covers the reporting period ending September 24, 2011.  In the interim, staff continues to receive and process campaign statements for other filing deadlines.  Staff continues to answer questions from and conduct outreach to candidates and other committee representatives about campaign finance filing obligations.

Revenues received and deposited as of August 1, 2011:

As of August 2, 2011, thirty-two campaign consultants are active and registered with the Commission.  $500 in registration fees have been collected so far during the 2011-2012 fiscal year.  The next campaign consultant quarterly report deadline is Thursday, September 15, 2011.  Staff will mail and e-mail reminder notices to all active campaign consultants two weeks before the deadline.

As of August 2, 2011, there are 20 remaining non-filers:  15 commissioners and 5 designated employees.  A non-filer who does not file by August 11 will be referred to the Fair Political Practices Commission’s (FPPC) Enforcement Division.

On July 19, staff met with a 22-member delegation from the Henan provincial government of China.  The members were interested in learning about anti-corruption and government transparency topics in the United States.

The following is a currently scheduled live training for 2011: 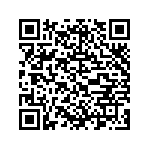 Scan the QR code with a mobile device camera to access the latest version of this document online:
https://sfethics.org/ethics/2011/08/executive-directors-report-august-8-2011.html