This Audit Report summarizes the audit results of the committee, Committee to Elect Eli M. Horn, Identification Number 1305634 ("the Committee"), for the period from January 1, 2008 through December 31, 2008. The audit was conducted to determine whether the Committee materially complied with the requirements of the Political Reform Act ("the Act") (California Government Code section 81000, et seq.) and San Francisco's Campaign Finance Reform Ordinance ("CFRO") (San Francisco Campaign and Governmental Conduct Code section 1.100, et seq).

The Committee was formed in March 2008 to support the election of Eli Horn to the District 11 seat of the Board of Supervisors in the November 4, 2008 general election. Reylita Bambilla served as the treasurer. The Committee was active as of December 31, 2008.

There was one material finding with respect to this audit. The Committee made cash expenditures of $100 or more, totaling $7,480, in violation of Government Code section 84300(b) and San Francisco Campaign & Government Conduct Code (S.F. C&GCC) section 1.106.

Government Code section 84300(b), which is incorporated into local law by S.F. C&GCC section 1.106, provides that no expenditure of $100 or more may be made in cash.

The committee was provided with an opportunity to comment on this audit report. 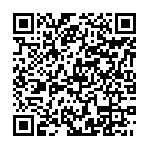 Scan the QR code with a mobile device camera to access the latest version of this document online:
https://sfethics.org/ethics/2011/08/san-francisco-ethics-commission-audit-report-committee-to-elect-eli-m-horn-fppc-id-1305634.html