The Ethics Commission strives to provide the best quality services possible to the people of San Francisco.  To that end, it welcomes constructive criticism from a wide body of sources and thus appreciates the efforts of the Civil Grand Jury (CGJ) for suggesting potential avenues of improvement to the Commission.  This letter serves as a response to the report released by the Civil Grand Jury on June 20, 2011.  Each finding is addressed in turn.

The Civil Grand Jury suggests a fixed fine structure and the Commission recognizes the appeal such a system may have.  However, due to the breadth of reasons that infractions are committed, a fixed fine structure would be generally unfair as it would disallow any consideration of individual circumstances and create unintended consequences much like “zero tolerance” and “three strikes” laws.  The Commission believes that the punishment should fit the crime.  Under the current process, all negotiated settlement agreements and their attendant proposed fines are sent to the individual Commission members for approval.  If more than one Commissioner disapproves of the proposal, it is automatically calendared for a closed-session discussion at a Commission meeting.  While the Commission agrees with staff recommendations more often than not, there are times when the Commission redirects staff to further negotiations.  Moreover, any respondent who cannot or will not reach a settlement agreement with staff will have his or her case heard in a closed-session probable cause hearing.  At the respondent’s request, this hearing is made public.  After a finding of probable cause, a public hearing on the merits is scheduled.  The Commission believes this system is more reasonable than the “one size fits all” approach recommended by the Civil Grand Jury.

The Commission is interested in maintaining consistency in its considerations and achieving balance in its judgments.  Rather than using a fixed scheme to resolve cases, the Commission will endeavor to create a fitting set of guidelines that allow fairness, consistency but also needed flexibility.

The CGJ accuses the Ethics Commission of failure to enforce the City’s Sunshine Ordinance, and Recommendation 2) states that Sunshine Ordinance Task Force actions should have a timely hearing.  The Commission agrees with this finding and adds that is already endeavors to meet this goal.

Each referral is taken seriously and reviewed on its merits under the Ethics Commission’s Legal Authority.  Starting in May 2010, the Ethics Commission formulated several reforms for the handling of Sunshine referrals; it referred these to the Sunshine Ordinance Task Force in August of 2010 in order to clarify those legal obligations.  The SOTF issued its response on August 1, 2011.  The Ethics Commissioners will review and consider the comments from the SOTF, including comments regarding the review and hearing process, and will adopt those reforms it deems appropriate and productive in the near future.

The CGJ suggests that the Commission not wait for the City Attorney or District Attorney to assert jurisdiction before beginning an investigation:  Recommendation 3) suggests beginning investigations immediately upon the close of the 14-day reply window.  The Commission agrees with this recommendation.  The Investigative Staff, however, needs some discretion in deciding which cases to prioritize based on current circumstances.  Additionally, since staff resources are limited, it does not make sense to duplicate the work of other law enforcement agencies.  The Commission will endeavor to respond to referrals on a timely basis.

The CGJ believes that the appointment of Ethics Commissioners by elected officials leads to the appearance of impropriety and Recommendation 4) suggests the addition of four Commission members appointed by non-governmental entities.  The Commission is neutral on this suggestion.

The Commission believes that it is the behavior of the Commission that reflects its integrity.  There is an acknowledged conflict-of-interest in the establishment of the Commission in that it is appointed by members of the elected body of government some of whom in turn provide the Commission’s budget.  However, the voters chose this process and the Commission is not going to second-guess their wisdom.  Indeed, on one occasion the voters rejected an alternative plan to this structure.  There are measures in place to address these concerns.  For example, Commissioners may serve only one six-year term, reducing the likelihood that they would curry favor to ensure reappointment.  They are appointed by an array of officials, not just the Mayor or the Board of Supervisors.  Should the voters determine to change the composition of the Commission, the Commission would accept the voters’ new choice of commissioner selection.

The CGJ believes that the Executive Director has too much discretion in proposing the dismissal of individual investigations and Recommendation 5) suggests that regulations be amended to require an actual discussion of each recommendation for dismissal and a vote on such recommendations.  The Commission will revisit this process and will consider changing this process.

While it may appear to some people that the Executive Director is allowed to dismiss cases, this is not the case. Under the current system, Ethics staff members prepare comprehensive reports for the Commissioners regarding both proposed dismissals and complaint settlements.  Commissioners all read these reports and make independent decisions regarding whether to support staff recommendations or to calendar the items for Commission meetings.  If more than one Commissioner has concerns about staff recommendations, the item is calendared for closed session discussion at the next Commission meeting.

The Ethics Commission is concerned that the CGJ had some difficulty in obtaining documents from our staff and will endeavor to improve on this function.  Customer service is a high priority for us.  When official document requests are presented to the Commission, a single staff member is assigned to log the request, when it arrived and from whom.  The log includes the name of staff responsible for responding and when the request was fulfilled.  When individual staff members receive document requests, they do not always have them logged into this system and staff will be instructed to ensure that all requests for documents or information are logged properly.

In conclusion, the Ethics Commission would like to recognize the value of the work of the Civil Grand Jury and offer thanks for their input into Commission functions.  While the Ethics Commission does not agree with all of the CGJ’s findings, it will follow through on those that will help improve services to our community. 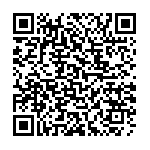 Scan the QR code with a mobile device camera to access the latest version of this document online:
https://sfethics.org/ethics/2011/09/ethics-commission-response-to-the-2010-2011-civil-grand-jury-report.html