EXECUTIVE DIRECTOR’S REPORT
TO THE SAN FRANCISCO ETHICS COMMISSION
For the Meeting of November 14, 2011

Staff continues to work SFGTV so that when the Commission’s meetings are televised, users will be able to obtain the video, agenda, minutes, caption notes, and audio recording from one place.  In order to accommodate televising its meeting, starting in January 2012, the Commission will meet on the fourth Monday of each month in Room 400.

On a daily basis, staff provides guidance to filers and monitors filings by candidates and third-party filers.  As of November 8, the Commission disbursed a total of $4,592,266 in public funds to nine eligible candidates.

Thus far, the Commission has received 125 third-party disclosure filings that report a cumulative total of $2,823,108 in third-party spending ($2,238,352 in the form of supportive spending and $584,756 in the form of opposition spending).  The highest level of Total Supportive Funds (a candidate’s total receipts plus third-party spending in support of such candidate) in the Mayor’s race is currently at $2,665,778.  The Individual Expenditure Ceiling (IEC) for seven of the nine publicly funded Mayoral candidates is currently at $2,575,000 and for two candidates at $2,675,000.  The IECs may be raised if the sum of the Total Supportive Funds of a publicly funded candidate’s opponent and Total Opposition Spending against that candidate exceeds the candidate’s IEC by at least $100,000.

On its website, the Commission posts the following information about the upcoming election and makes updates to this information as it is received:  1) list of amounts of public funds disbursed; 2) candidates’ IEC levels; and 3) list of Third-Party Disclosure forms that show the names of candidates supported or opposed and the amounts spent to support or oppose the candidates.  This information is in addition to the Commission’s database of campaign finance filings.

As of November 1, 2011, there are 17 pending complaints alleging violations within the Ethics Commission’s jurisdiction.

a. Filing deadline.  The most recent filing deadline occurred on October 27, 2011 for the Second Pre-Election statement, which covers the reporting period ending October 22, 2011.  As of November 7, 2011, two candidates/committees remain delinquent in filing the Second Pre-Election statement; they were sent a Non-Specific Written notice.  Staff continues to receive and process campaign statements and will notify non-filers about their past due statements.

The next filing deadline falls on January 31, 2012 for the Second Semi Annual statement, which covers the reporting period ending December 31, 2011.  In the interim, staff continues to receive and process campaign statements for other filing deadlines.  Staff also continues to answer questions from and conduct outreach to candidates and other committee representatives about campaign finance filing obligations.

Revenues received and deposited as of October 1, 2011:

Draft amendments to the Campaign Consultant Ordinance, which were approved by the Ethics Commission in December 2010 and January 2011, were placed by the Board of Supervisors on the ballot as Proposition F in the November 8, 2011 election.  The proposed amendments

At its September 12 meeting, the Commission approved amendments to Ethics Commission Enforcement Regulations VI.A and XIV.C to permit the Commission to calendar proposed dismissals or settlements of enforcement matters based on the request of one, rather than two, Commissioners.  These amendments were forwarded to the Board of Supervisors and will take effect on November 11, 2011.

On October 4, 2011, Supervisor Campos introduced legislation to require the Ethics Commission to televise its regular and special meetings on San Francisco Government Television, to be effective 30 days from the date of passage.  The legislation is scheduled to be heard on November 10 before the Board of Supervisors Government Audit and Oversight Committee.

As of November 7, 2011, 62 campaign consultants are active and registered with the Commission.  $12,550 in registration fees and $1,800 in late fines have been collected so far during the 2011-2012 fiscal year.  The next campaign consultant quarterly report deadline is Thursday, December 15, 2011.  Staff will mail and e-mail reminder notices to all active campaign consultants two weeks prior to the deadline.

On October 24, staff met with a delegation of 19 representatives from the Ningxia Minority Autonomous Region of the northwest part of China.  For most of the delegates, it was their first visit to the United States. They were here to learn the mechanisms of anti-corruption in the US and to hear about the experience of the Commission in combating corruption and the abuse of power. 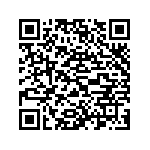 Scan the QR code with a mobile device camera to access the latest version of this document online:
https://sfethics.org/ethics/2011/11/executive-directors-report-november-14-2011.html