At its regular meeting on November 14, 2011, the San Francisco Ethics Commission took the following action:

The legislative proposal, which will be available on the Commission’s website, will not be effective unless adopted by the Board of Supervisors with the votes of at least eight members. 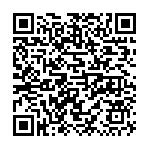 Scan the QR code with a mobile device camera to access the latest version of this document online:
https://sfethics.org/ethics/2011/11/press-release-november-15-2011-summary-of-actions-taken-at-november-14-2011-regular-meeting.html