EXECUTIVE DIRECTOR’S REPORT
TO THE SAN FRANCISCO ETHICS COMMISSION
For the Meeting of December 12, 2011

The Commission’s next regular meeting will be held on January 23, 2012, the fourth Monday of the month, in Room 400 City Hall, in order to accommodate televising of the meeting.

Staff has notified potential candidates running for the Board of Supervisors in November 2012 about possible changes to the public financing program and other provisions of the Campaign Finance Reform Ordinance.  After any modifications to the public financing program are adopted into law, staff will provide trainings and update manuals that explain the rules governing the November 6, 2012 election.  These manuals include the Candidates’ Guide for City Elective Office (manual that applies to all candidates for City elective office) and the Supplement for Candidates for the Board of Supervisors (manual for Board of Supervisors candidates only).  In the meantime, staff has advised candidates for the 2012 election to refer to the manuals that were created for the November 2010 election.

As of December 1, 2011, there are 15 pending complaints alleging violations within the Ethics Commission’s jurisdiction.

a. Filing deadline.  The most recent filing deadline occurred on October 27, 2011 for the Second Pre-Election statement, which covers the reporting period ending October 22, 2011.  As of November 7, 2011, two candidates/committees remain delinquent in filing the Second Pre-Election statement; they were sent a Non-Specific Written notice.  Staff continues to receive and process campaign statements and will notify non-filers about their past due statements.

The next filing deadline falls on January 31, 2012 for the Second Semi Annual statement, which covers the reporting period ending December 31, 2011.  In the interim, staff continues to receive and process campaign statements for other filing deadlines.  Staff also continues to answer questions from and conduct outreach to candidates and other committee representatives about campaign finance filing obligations.

Revenues received and deposited as of December 1, 2011:

On the same day, Supervisor Malia Cohen introduced proposed amendments to the CFRO that were approved by the Commission at its November 2012 meeting. The legislation, File No. 11277, was assigned to the Government Oversight and Audit Committee.  If approved by a supermajority of the Board of Supervisors, the legislation would delay the certification of 2012 supervisorial candidates seeking public financing until the Redistricting Task Force completes its revision of supervisorial district boundaries.

On November 30, staff met with managers of the Inspection Office of the City of Kobe, Japan, to discuss anti-corruption measures governing local officers and employees. 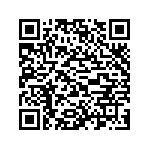 Scan the QR code with a mobile device camera to access the latest version of this document online:
https://sfethics.org/ethics/2011/12/executive-directors-report-december-12-2011.html