EXECUTIVE DIRECTOR’S REPORT
TO THE SAN FRANCISCO ETHICS COMMISSION
For the Meeting of January 23, 2012

The Commission’s next regular meeting will be held on January 23, 2012, the fourth Monday of the month, in Room 400 City Hall, in order to accommodate televising of the meeting.

Staff has not yet prepared manuals or updated forms for the November 6, 2012 election because of uncertainty over rules that govern the public finance program.   Instead, staff has informed potential candidates that they should review manuals that were prepared for the November 2010 election.  Staff stands ready to provide updated materials and training as soon as it is becomes clear what changes will be enacted in the CFRO regarding the public finance program.

As of January 13, 2012, there are 16 pending complaints alleging violations within the Ethics Commission’s jurisdiction.

a. Filing deadline.  The next filing deadline falls on January 31, 2012 for the Second Semi Annual statement, which covers the reporting period ending December 31, 2011.  In the interim, staff continues to receive and process campaign statements for other filing deadlines.  Staff also continues to answer questions from and conduct outreach to candidates and other committee representatives about campaign finance filing obligations.

Revenues received and deposited as of January 18, 2012:

On the same day, Supervisor Malia Cohen introduced proposed amendments to the CFRO that were approved by the Commission at its November 2012 meeting. The legislation, File No. 11277, was assigned to the Government Oversight and Audit Committee but later reassigned to the Rules Committee.  If approved by a supermajority of the Board of Supervisors, the legislation would delay the certification of 2012 supervisorial candidates seeking public financing until the Redistricting Task Force completes its revision of supervisorial district boundaries.

On January 6, 2012, staff sent a memo to City departments, boards, and commissions to notify members and designated employees of their SEI-related filing obligations. 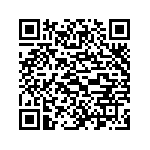 Scan the QR code with a mobile device camera to access the latest version of this document online:
https://sfethics.org/ethics/2012/01/executive-directors-report-january-23-2012.html