EXECUTIVE DIRECTOR’S REPORT
TO THE SAN FRANCISCO ETHICS COMMISSION
For the Meeting of February 27, 2012

Among other offices (State and Federal), seats for various county central committees will be voted upon in the upcoming June 5 election.  A total of 52 candidates for the Democratic, Republican, Green, and Peace and Freedom County Central Committees have declared an intent to run for office in June.

The odd-numbered districts for the Board of Supervisors and four seats each for the Board of Education and Community College District will be voted on in the November 6, 2012 election.  A total of 18 candidates have filed an intention statement to run for office in November.

As of February 13, 2012, there are 17 pending complaints alleging violations within the Ethics Commission’s jurisdiction.

a. Filing deadline.  Staff continues to answer questions from and conduct outreach to candidates and other committee representatives about campaign finance filing obligations, especially as they relate to the June 5, 2012 and November 6, 2012 elections.  The next filing deadline falls on March 27 and it covers the period through March 17.

On the same day, Supervisor Malia Cohen introduced proposed amendments to the CFRO that were approved by the Commission at its November 2012 meeting. The legislation, File No. 11277, passed out of the Rules Committee on February 16, 2012.  If approved by a supermajority of the Board of Supervisors, the legislation would delay the certification of 2012 supervisorial candidates seeking public financing until the Redistricting Task Force completes its revision of supervisorial district boundaries.

On January 24, 2012, Supervisors Kim, Campos, Mar and Avalos introduced File No. 111082, legislation that was approved 4-0 by the Commission at its January 23, 2012 meeting.  The legislation would amend the CFRO to establish new qualification requirements for candidates seeking public funds, set the amount of public funds that may be disbursed, delay the disbursement date of public funds, change the matching funds formula, and continue with adjustable individual expenditure ceilings that start at $250,000 for a candidate for the Board of Supervisors and $1,750,000 for a candidate for Mayor.  File No. 111082 is expected to be heard at the Rules Committee on February 23, 2012.

As of February 21, 2012, 28 campaign consultants are active and registered with the Commission.  $19,450 in registration fees and $3,250 in late fines have been collected so far during the 2011-2012 fiscal year.  The next campaign consultant quarterly report deadline is Thursday, March 15, 2012.  Staff will mail and e-mail reminder notices to all active campaign consultants two weeks before the deadline.

On February 28, 2012, from 6 PM to 8 PM, the Commission will work with the City Attorney’s Office to provide the 2012 Sunshine and Ethics Training for City officers.  All City department heads, commissioners and elected officials must receive periodic training on Sunshine and Ethics issues.  Each official must complete a Sunshine training once every calendar year, by December 31.  Under State law, each official must complete ethics training within one year of taking office and once every two years thereafter, by no later than two years from the date the official last completed the training.  Officials who attended the last live training on March 2, 2010 must complete the training again no later than March 1, 2012.  The training will take place in the Green Room, Veterans Building, 2nd Floor, on 401 Van Ness Avenue (at McAlllister Street).  Sign-in begins at 5:30 PM.

On February 18, 2012, staff met with a delegation of 18 representatives from municipal commissions for discipline inspection in China.  The delegation is taking training sessions at San Francisco State University on the subject of preventing corruption in China.

On February 24, 2012, staff will meet with representatives of the Nanjing Women’s Federation, who are in the United States to obtain a greater understanding of the U.S. system of government, explore progressive and innovative techniques for campaign organization, and learn about programs involving women participation in political campaigns. 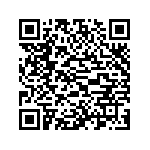 Scan the QR code with a mobile device camera to access the latest version of this document online:
https://sfethics.org/ethics/2012/02/executive-directors-report-february-27-2012.html