EXECUTIVE DIRECTOR’S REPORT
TO THE SAN FRANCISCO ETHICS COMMISSION
For the Meeting of March 26, 2012

The odd-numbered districts for the Board of Supervisors and four seats each for the Board of Education and Community College District will be voted on in the November 6, 2012 election.  The Commission will conduct a live training for candidates for these offices and their treasurers on the following dates:  April 24, June 26 and August 16, 2012.  The training will be posted to the Commission’s website in audio and script form.  Also, staff continues to answer questions from and provide one-on-one information sessions to candidates and treasurers involved in the upcoming elections.

As of March 13, 2012, there are 17 pending complaints alleging violations within the Ethics Commission’s jurisdiction.

a. Filing deadline.  Staff continues to answer questions from and conduct outreach to candidates and other committee representatives about campaign finance filing obligations, especially as they relate to the June 5, 2012 and November 6, 2012 elections.  The next filing deadline falls on March 22 and it covers through March 17.

At its meeting on March 6, 2012, by an 11-0 vote, the Board of Supervisors passed legislation, File No. 11277, introduced by Supervisor Malia Cohen to delay the certification of 2012 supervisorial candidates seeking public financing until the Redistricting Task Force completes its revision of supervisorial district boundaries.  The legislation was approved by the Commission at its November 2012 meeting.

At its special meeting on March 9, 2012, the Ethics Commission approved amendments to File No. 111082, legislation to amend the Campaign Finance Reform Ordinance to establish new qualification requirements for candidates seeking public funds, set the amount of public funds that may be disbursed, delay the disbursement date of public funds, change the matching funds formula, continue with adjustable individual expenditure ceilings that start at $250,000 for a candidate for the Board of Supervisors and $1,475,000 for a candidate for Mayor, and cap the Election Campaign Fund at $7 million.  The legislation has been referred back to the Board of Supervisors.

As of March 16, 2012, 30 campaign consultants were registered with the Commission.  $20,800 in registration fees and $3,300 in late fines have been collected so far during the 2011-2012 fiscal year.  The next campaign consultant quarterly report deadline is Friday, June 15, 2012.  Staff will mail and e-mail reminder notices to all active campaign consultants two weeks before the deadline.

On February 28, staff collaborated with the City Attorney’s Office to offer the Rules of Conduct for Public Officials in the Green Room at the War Memorial Building.  In attendance were 123 participants.

On March 2, 2012, staff met with a delegation of 19 representatives from various human resources agencies in China.  The group, sponsored by the U.S. – China Exchange Council, visited the United States to learn about government integrity and public administrative efficiency.

On March 8, staff met with a delegation of 25 representatives from the Lioning School of Administration in Lioning Province, located in northeast China.  The School is a special academy run by the government to train civil servants.  The group, sponsored by Triway International, was in the U.S. for a training program at American University to learn about issues related to the civil service program, government transparency and government efficiency. 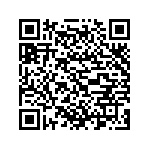 Scan the QR code with a mobile device camera to access the latest version of this document online:
https://sfethics.org/ethics/2012/03/executive-directors-report-march-26-2012.html