Press Release – June 27, 2012 – SF Ethics Commission Announces that the Voluntary Expenditure Ceiling has been Lifted for Community College Board Candidates

The San Francisco Ethics Commission announced today that it lifted the Voluntary Expenditure Ceiling (VEC) for candidates seeking election to the Governing Board of the San Francisco Community College District.    The VEC for all candidates in this race was lifted because Rodrigo Santos, a candidate for the Community College Board, filed form SFEC-134(b) stating that he received contributions that exceed 100 percent of the VEC.

A table reflecting the VEC for all offices up for election on November 6, 2012 is posted on the Ethics Commission website at https://www.sfethics.org/ethics/2012/05/campaign-finance-expenditure-ceilings-november-6-2012.html.  The VEC for candidates for the Board of Education of the San Francisco Unified School District remains in place. 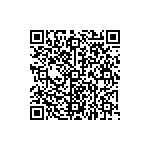 Scan the QR code with a mobile device camera to access the latest version of this document online:
https://sfethics.org/ethics/2012/06/press-release-june-27-2012-sf-ethics-commission-announces-that-the-voluntary-expenditure-ceiling-has.html