EXECUTIVE DIRECTOR’S REPORT
TO THE SAN FRANCISCO ETHICS COMMISSION
For the Meeting of July 23, 2012

As of July 17, one candidate for the Board of Supervisors has submitted an application for public funding and has been certified as eligible to receive public funds.

a. Filing deadline.  The next filing deadline that applies to all committees falls on July 31, 2012 for the First Semi-Annual statement, which covers the reporting period ending June 30, 2012.  In the interim, staff continues to receive and process campaign statements for other filing deadlines.  Staff continues to answer questions from and conduct outreach to candidates and other committee representatives about campaign finance filing obligations.

On November 22, 2011, Supervisor Scott Wiener introduced proposed amendments to the CFRO that were approved by the Commission at its October and November 2012 meetings.  The legislation, File No. 111275, was assigned to the Rules Committee.  If approved by a supermajority of the Board of Supervisors, the amendments would have 1) modified and streamlined disclaimer and reporting requirements for candidates and third parties raising and spending funds in local elections; 2) required the Ethics Commission to provide public notice when thresholds are met; 3) eliminated the overall contribution limit on contributions to all candidates on the ballot in a single election; and 4) made various reporting and disclaimer requirements parallel to requirements in State law.  At a Rules Committee hearing on June 7, 2012, supervisors indicated that they were no longer interested in a compliance costs exception to the individual expenditure ceilings, given that legislation to amend the public financing program has been enacted.  Committee members also indicated, among other things, that the Commission should engage in another public process about proposals to amend the CFRO and that the Commission should not consider decreasing the frequency of disclosure.  Staff anticipates that it will bring forth proposals to address these concerns later in the year.

At its special meeting on March 9, 2012, the Ethics Commission approved amendments to File No. 111082, legislation to amend the Campaign Finance Reform Ordinance to establish new qualification requirements for candidates seeking public funds, set the amount of public funds that may be disbursed, delay the disbursement date of public funds, change the matching funds formula, continue with adjustable individual expenditure ceilings that start at $250,000 for a candidate for the Board of Supervisors and $1,475,000 for a candidate for Mayor, and cap the Election Campaign Fund at $7 million.  The legislation was referred back to the Board of Supervisors, where it passed in April; the legislation took effect on May 20, 2012.

On April 24 and June 26, staff conducted a Candidates’ Training which covered filing requirements for potential candidates for the City elective offices of the Board of Supervisors, Board of Education, and Community College Board.  This training focused on campaign finance requirements that apply to candidates for all City elective offices and provided an overview of the Board of Supervisors’ public financing program.

On June 19, 2012, staff met with a delegation of 23 representatives from various justice ministries in China.  The group visited the United States and generally met with various prison officials to learn about the U.S. prison system, government integrity and public administrative efficiency.

On June 29, 2012, staff met with a delegation of 18 persons from the Shandong Provincial Commission Office for Public Sector Reform. The group, whose first stop was San Francisco, was interested in learning about public sector reform and personnel administration in the U.S.  Sponsored by Triway International Group, a professional consulting firm that provides training and visiting programs for Chinese delegations to the states, staff discussed the formation, functions and responsibilities of the Ethics Commission and strategies to maintain and raise ethical qualifications of officials in government.

Staff worked with the Department of Technology to publish the Commission’s lobbyist and campaign finance data to the City’s new data web site at data.sfgov.org.  The data web site is a one-stop location to obtain datasets from a variety of City departments that are in a common format.  The federal government, and many states and cities have also started using the same data system so that datasets can be interoperable.  Lobbyist and campaign finance data can be sorted, filtered, graphed, or plotted on maps using the online tools and republished on other web sites.  The site also allows programmers to access the data for software applications and web sites.  When the lobbyist or campaign finance data is updated, graphs and charts published on other web sites will automatically update with the latest information. 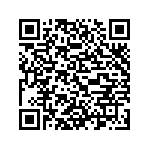