HomeInterested Persons ListPress Release – July 13, 2012 – Interim Rulings Made by Ethics Commission at its June 28 and 29, 2012 Meetings

INTERIM RULINGS MADE BY ETHICS COMMISSION AT ITS JUNE 28 and 29, 2012 MEETINGS

At the June 28 and 29, 2012 sessions of its continuing special meeting, the San Francisco Ethics Commission continued the evidentiary phase of the hearing on the charges of official misconduct pending against Sheriff Ross Mirkarimi.  The Commission made the following interim rulings regarding the documentary evidence received as of June 28, 2012 in the matter (chart begins on next page – rulings made on June 28 and 29 appear in italic text).  These interim rulings are subject to reconsideration or confirmation prior to the Commission’s deliberations to formulate its recommendations to the Board of Supervisors as required under Charter section 15.105.

Interim rulings of the Ethics Commission as of its June 28 and 29, 2012 meetings 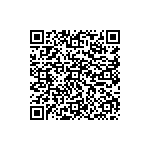 Scan the QR code with a mobile device camera to access the latest version of this document online:
https://sfethics.org/ethics/2012/07/press-release-july-13-2012-interim-rulings-made-by-ethics-commission-at-its-june-28-and-29-2012-meet.html