At its special meeting on August 16, 2012, the San Francisco Ethics Commission continued the hearing on the charges of official misconduct pending against Sheriff Ross Mirkarimi.  The Commission took the following actions:

The Commission expects to hold a special meeting to ratify the contents of the summary.  The time and place of the meeting will be announced in advance. 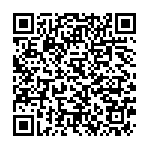 Scan the QR code with a mobile device camera to access the latest version of this document online:
https://sfethics.org/ethics/2012/08/press-release-august-17-2012-summary-of-actions-taken-at-august-16-2012-meeting.html