EXECUTIVE DIRECTOR’S REPORT
TO THE SAN FRANCISCO ETHICS COMMISSION
For the Meeting of September 24, 2012

a. Filing deadline.  The most recent filing deadline was on July 31, 2012 for the First Semi-Annual statement, which covers the reporting period ending June 30, 2012.  Seven committees still have not filed their required statements. They have been sent a Second Non-Specific Written Notice and placed on the Non-Responsible Filers List.  In the interim, staff continues to receive and process campaign statements for other filing deadlines.  Staff continues to answer questions from and conduct outreach to candidates and other committee representatives about campaign finance filing obligations.  The next filing deadline is October 5, 2012 for the First Pre-Election Statement, which covers the reporting period ending September 30, 2012.

For FY 12-13, the Commission was budgeted to generate $100,000 in revenues.  As of September 17, 2012, the Commission received $ 7,747 as summarized below.  The figure represents collection of approximately seven percent of expected revenues for FY 12-13.

On September 18, 2012, staff posted a new lobbyist self-registration system on the Commission’s web site.  Lobbyists can use the system to enter required registration information, establish an on-line filing account, upload a photograph for the Commission’s on-line lobbyist directory, authorize representatives to submit statements on their behalf, and pay registration fees.  This project was completed as part of the Commission’s contract with Netfile.

On August 16, staff conducted a Candidates’ Training, which covered filing requirements for potential candidates for the City elective offices of the Board of Supervisors, Board of Education, and Community College Board.  This training focused on campaign finance requirements that apply to candidates for all City elective offices and provided an overview of the Board of Supervisors’ public financing program.  A new web video of the Candidates’ Training was posted on September 4.

On September 12, 2012, staff met with 25 members of the China Professional Eligibility of Personnel Delegation.  The group was sponsored by the U.S. – China Exchange Council (USCEC), which is a California registered 501 (C) (3) non-profit organization dedicated to professional exchange programs between the U.S. and China.  Staff enjoyed a very animated discussion with the members regarding the ethical rules and regulations governing City officers and employees.
The Commission continues to offer trainings on Statements of Incompatible Activities to City departments.

Earlier this year, staff worked with the Department of Technology to publish the Commission’s campaign finance data to the City’s new data web site at data.sfgov.org.  Campaign finance data can be sorted, filtered, graphed, or plotted on maps using the tools available from the web site.

Staff used this new resource to build a series of dashboards on the Commission’s web site to track campaign finance activity in the Board of Supervisors, Board of Education, and Community College Board races, and ballot measures leading up to the November 6, 2012 election.  The graphs and maps summarize: 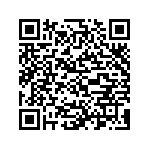 Scan the QR code with a mobile device camera to access the latest version of this document online:
https://sfethics.org/ethics/2012/09/executive-directors-report-september-24-2012.html