HomeInterested Persons ListNotice of Consideration of Proposed Regulations at the September 24, 2012 Regular Meeting of the Ethics Commission

Notice of Consideration of Proposed Regulations at the September 24, 2012 Regular Meeting of the Ethics Commission

At its regular meeting on Monday, September 24, 2012, at 5:30 p.m. in Room 400, City Hall, the San Francisco Ethics Commission will discuss draft amendments to the Commission’s regulations governing the handling of complaints related to alleged violations of the Sunshine Ordinance and referrals from the Sunshine Ordinance Task Force (SOTF).  Commission staff had prepared an earlier version of the draft amendments, which it forwarded to the SOTF for review and comments on August 17, 2010.  On August 1, 2011, the SOTF provided comments, along with alternate proposals.  At its meeting on November 14, 2011, the Commission began consideration of a revised set of proposals from staff.  At a joint meeting with the SOTF Compliance and Amendments Committee on April 13, 2012, the Commission and the Committee discussed the revised proposals and provided guidance to staff for the development of the proposed amendments.

The proposed amendments, along with a staff report and a draft version of the Ethics Commission’s Regulations for Investigations and Enforcement Proceedings striking references to the Sunshine Ordinance are available from the Commission office and on its website. 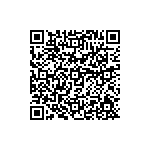 Scan the QR code with a mobile device camera to access the latest version of this document online:
https://sfethics.org/ethics/2012/09/notice-of-consideration-of-proposed-regulations-at-the-september-24-2012-regular-meeting-of-the-ethi.html