HomeInterested Persons ListPress Release – October 12, 2012 – SF Ethics Commission Announces that the Individual Expenditure Ceiling has been Raised for Candidates for the Board of Supervisors in District 7

Press Release – October 12, 2012 – SF Ethics Commission Announces that the Individual Expenditure Ceiling has been Raised for Candidates for the Board of Supervisors in District 7

Accordingly, by law, the Ethics Commission was required to raise the Individual Expenditure Ceiling of these publicly financed candidates in District 7. 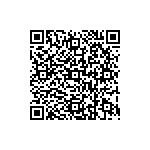 Scan the QR code with a mobile device camera to access the latest version of this document online:
https://sfethics.org/ethics/2012/10/press-release-october-12-2012-sf-ethics-commission-announces-that-the-individual-expenditure-ceiling.html