EXECUTIVE DIRECTOR’S REPORT
TO THE SAN FRANCISCO ETHICS COMMISSION
For the Meeting of November 26, 2012

As of November 13, 2012, the Commission disbursed a total of $1,178,761 in public funds to 12 candidates eligible to receive public financing.  Candidates may continue to submit requests for public funds through December 6, 2012.

Staff continues to conduct outreach to candidates to inform them about rules relating to termination of committees, return of unexpended funds and other relevant matters.  Audits will commence soon.

a. Filing deadline.  The most recent filing deadline was on October 25, 2012 for the Second Pre-Election statement, which covers the reporting period ending October 20, 2012.  Only one filer still has not filed his required statement.  Staff sent a Non-Specific Written Notice.  In the interim, staff continues to receive and process campaign statements for other filing deadlines.  Staff continues to answer questions from and conduct outreach to candidates and other committee representatives about campaign finance filing obligations.  The next filing deadline is January 31, 2013 for the Second Semi-Annual Statement, which covers the reporting period ending December 31, 2012.

In the last ED report, eight filers appeared on the BDR list.  On October 24, staff met with staff at BDR and learned that in three of the older cases, judgments were issued for the City; three other claims had been discharged due to bankruptcy of the filers.

On October 18, staff met with a delegation of 19 representatives of the Changzhi City Supervision Bureau.  Sponsored by the US-China Business Training Center, the delegates were in the U.S. to learn about the role and responsibilities of the Ethics Commission, especially as they pertain to investigation procedures for ethics complaints and the enforcement of ethics rules.  Established in 1992 and based in Los Angeles, the US-China Business Training Center is a China State Administration of Foreign Experts Affairs (SAFEA) certified provider of professional training programs for Chinese officials, industry professionals and business executives.

On October 19, staff met with a delegation of 20 officials from the Bureau of Supervision, Guangzhou Municipality, China.  The delegation, sponsored by Triway International, Inc., was in the U.S. for a three-week trip to learn about anti-corruption practices in the U.S., and discussed the functions of the Ethics Commission, its education program, and performance evaluation standards and measures of City employees.

On November 9, staff met with a group of 19 officials from the Henan Bureau of Corruption Prevention, Henan Provincial Department of Supervision and other local subsidiaries. The group, also sponsored by Triway, visited the U.S. in early November to gain an understanding of administrative efficiency procedures in the U.S. They discussed the functions of the Ethics Commission, its training programs and performance standards and measures. 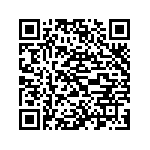 Scan the QR code with a mobile device camera to access the latest version of this document online:
https://sfethics.org/ethics/2012/11/executive-directors-report-november-26-2012.html