On June 5, 2012, the Budget and Legislative Analyst issued a report to Supervisor Campos comparing programs of the San Francisco Ethics Commission with those of the Los Angeles Ethics Commission.  The Budget Analyst found that neither San Francisco nor Los Angeles is uniformly more or less stringent than the other; but added that “comparing the cities’ policies does provide an opportunity for the City and County of San Francisco to consider alternate policies and approaches to influencing campaign financing, enforcing laws, educating and informing the public, and managing lobbying practices.”  For this reason, staff of the Ethics Commission will conduct two interested persons meetings in order to obtain feedback on the policy options listed by the Budget Analyst, as set forth below.

Staff welcomes your suggestions and comments at either of the Interested Persons meetings about any or all of the discussion topics set forth below.  If you are unable to attend, please submit your comments to the Ethics Commission at 25 Van Ness Avenue, Suite 220, San Francisco, CA 94102, or by email to ethics.commission@sfgov.org.

3. Should San Francisco increase the frequency with which candidates must report contributions and spending?

Based on legislation that just passed the State Legislature, committees will be required to file late contribution and independent expenditure reports during the 90 days – instead of 16 days – before an election. (See Assembly Bill No. 481, approved and filed September 24, 2012.)

4. Should San Francisco increase the personal contribution limits in order to offset the influence of “unregulated independent expenditures” on City elections?

5. Should San Francisco reduce the reporting requirement threshold from $5,000 to $1,000 for independent expenditures by committees or persons on behalf of or against a candidate or measure?

San Francisco does not have additional reporting requirements regarding expenditures related to measures.  However, San Francisco requires third parties to report spending on candidates as follows:

6. Should San Francisco reduce the amount of time for which extensions of credit to a campaign are reclassified as contributions from the current six months to one month?

In Los Angeles, extensions of credit, other than loans, for a period of more than 30 days are subject to contribution limits.  In San Francisco, a candidate committee that accepts goods or services on credit must pay for such accrued expenses in full within 180 calendar days.

7. What changes, if any, should San Francisco adopt to its enforcement policies so that its results more closely match the results in Los Angeles?

The Budget Analyst states that investigations into ethics improprieties result in significant different outcomes in San Francisco and Los Angeles, with San Francisco dismissing 76 percent of its cases compared to 19 percent in Los Angeles, and Los Angeles levying higher average fines of $7,746 compared to $6,088 in San Francisco over the seven-year period ending in November 2011.  In discussions with Los Angeles, staff has learned that Los Angeles includes in its count the payment of late fees; also, Los Angeles staff performs a preliminary evaluation of any complaint to determine whether sufficient evidence exists to move a matter forward to a formal investigation before it deems a complaint a “complaint.”  San Francisco has traditionally kept its late fees separate from enforcement.  With respect to performing a preliminary review, staff had in the last year or so adopted a procedure that is similar to Los Angeles’s. 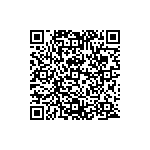 Scan the QR code with a mobile device camera to access the latest version of this document online:
https://sfethics.org/ethics/2012/11/interested-persons-meeting-to-discuss-recommendations-of-budget-analyst-regarding-ethics-commission.html