HomeInterested Persons ListPress Release – November 30, 2012 – San Francisco Ethics Commission Announces That Chris Jackson May Not Be Issued A Certificate Of Election Due To His Failure To File Campaign Disclosure Reports

Press Release – November 30, 2012 – San Francisco Ethics Commission Announces That Chris Jackson May Not Be Issued A Certificate Of Election Due To His Failure To File Campaign Disclosure Reports

The San Francisco Ethics Commission today announced that, pursuant to San Francisco Campaign and Governmental Conduct Code (“C&GC Code”) section 1.174, Chris Jackson, an incumbent who was re-elected as a member of the Board of Trustees for the San Francisco Community College District, may not be issued a certificate of election because he has failed to file campaign disclosure statements.

Under section 1.174, the Director of Elections shall not issue any certificate of election “to any candidate until all of the candidate’s campaign declarations, statements, or reports required under State and local law have been filed.”  C&GC Code § 1.174.  Under both state and local law, until they terminate, candidate committees must file periodic campaign finance statements to disclose their contributions and expenditures.  See Cal. Gov’t Code § 84100 et seq. and C&GC Code § 1.106.

According to the records of the Ethics Commission, Mr. Jackson opened his campaign committee on April 10, 2012.  Since opening his committee, Mr. Jackson has not filed any of the campaign statements required by state and local law.  Despite receiving two written notices from the Commission, his committee failed to file its semi-annual statement covering the period of January 1 – June 30, 2012.  As a candidate appearing on the November 2012 ballot, Mr. Jackson was also required to file a pre-election statement for the period July 1 – September 30, 2012, and a second pre-election statement for the period October 1 – 20, 2012; Mr. Jackson’s committee also failed to file those statements.  Depending on the activities of the committee, other disclosure statements may also have been required.

In addition, Mr. Jackson has not satisfied the requirement that he complete a training on campaign finance requirements offered by the Commission prior to the election.  C&GC Code § 1.107.  He did not respond to reminders from the Commission staff about completing the required training.  Nor did he respond to staff’s notification about a late fee for a late-filed Statement of Economic Interests (Form 700).  Finally, Mr. Jackson has unpaid late fees arising from his prior campaign’s failure to file campaign statements on a timely manner.  The collection of those late fees has been referred to the Bureau of Delinquent Revenues at the Office of the Treasurer and Tax Collector.

On November 7, 2012, the Commission issued a warning letter to Mr. Jackson about the deficiencies described above, and he has yet to respond.  In addition to failing to respond to written notices, Mr. Jackson has not responded to a number of phone calls and messages. 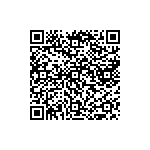 Scan the QR code with a mobile device camera to access the latest version of this document online:
https://sfethics.org/ethics/2012/11/press-release-november-30-2012-san-francisco-ethics-commission-announces-that-chris-jackson-may-not.html