For the period covered by the audit, the Committee reported receiving $143,855 in contributions and $121,406 in public funds, and incurring $265,712 in expenditures. The CFRO provides that any candidate who receives public funds must return unexpended campaign funds to the Election Campaign Fund. The committee paid $1,761.85 to the City and County of San Francisco as unexpended funds. 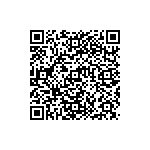 Scan the QR code with a mobile device camera to access the latest version of this document online:
https://sfethics.org/ethics/2012/12/san-francisco-ethics-commission-audit-report-rebecca-prozan-for-supervisor-2010-committee-fppc-id-13.html