EXECUTIVE DIRECTOR’S REPORT
TO THE SAN FRANCISCO ETHICS COMMISSION
For the Meeting of February 25, 2013

At the last meeting, the Commission directed the staff to submit a budget proposal equal to last year’s funding level.  Staff submitted a budget proposal of $2,597,220, a figure which would fully fund all existing positions of the department.  This figure includes salaries, benefits and office expenses.  In addition, another $1,903,559.49 is requested for the annual funding required for the Election Campaign Fund.  Thus, the total budget request for Fiscal Year 2013-14 is $4,530,779.49.

a. Filing deadline.  The most recent filing deadline was on January 31, 2013 for the Second Semi-Annual statement, which covers the reporting period ending December 31, 2012.  Staff identified 19 filers who will be sent a Non-Specific Written Notice.  Staff continues to answer questions from and conduct outreach to candidates and other committee representatives about campaign finance filing obligations.  The next filing deadline that applies to all filers is July 31, 2013 for the First Semi-Annual Statement, which covers the reporting period ending June 30, 2013.  In the interim, staff continues to receive and process campaign statements for other filing deadlines.

The Commission has scheduled two trainings for filing officers regarding the annual Statement of Economic Interests filings that are due April 2, 2013.  The first training was held on February 6 and the second will be held on March 5, 2013 at 10 a.m. in Room 421 City Hall.

On February 14, 2013, a California Berkeley Investigative Journalism class visited the Ethics Commission office to learn more about using various financial disclosure statements to investigate candidates and elected officials.  Staff informed the class about the Commission’s mission to adhere to, and actively enforce, ethics laws and rules.  Staff spoke about the different types of financial disclosure statements and how members of the public can use this information to keep themselves informed. Considering this class was formed to teach students about investigating possible violations of the law, the students’ questions were directed towards how to read the information on various statements and, more so, how to understand the various connections between the different financial disclosure statements.

On January 31, at their invitation, I made a presentation to the Seattle City Council about the workings and successes of our Public Finance Program.  That same day, I participated in a public finance workshop with the Seattle Ethics Commission in order to help them form potential proposals to create a public finance program for their city.  That evening, I repeated my earlier presentation for members of the general public.  Joining me for these events were staff from the Los Angeles Ethics Commission and a representative from the Portland League of Women Voters.  Our presentations and discussion were well received at each of the three sessions mentioned above.

On June 5, 2012, the Budget Analyst issued a report comparing the laws of the City and County of San Francisco and the City of Los Angeles.  The report examined four areas of policy and enforcement: campaign financing, enforcement and education, lobbying, and transparency.  On December 4 and 10, 2012, staff held interested persons meetings to obtain feedback on the policy options listed by the Budget Analyst.  Based on concerns raised, staff will convene another interested persons meeting on February 27, 2013 at 3:00 p.m. in Room 400 City Hall.  Staff hopes to bring recommendations to the Commission at a future meeting.

Amendments to Section 1.112 of the Campaign and Governmental Conduct Code, approved by the Commission at its meeting on July 23, 2012, passed second reading by the Board of Supervisors on January 29, 2013 and were signed into law by the Mayor on February 4, 2013. They will go into effect on March 6, 2013.  The amendments include the following changes: 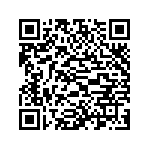 Scan the QR code with a mobile device camera to access the latest version of this document online:
https://sfethics.org/ethics/2013/02/executive-directors-report-february-25-2013.html