EXECUTIVE DIRECTOR’S REPORT
TO THE SAN FRANCISCO ETHICS COMMISSION
For the Regular Meeting of April 22, 2013

April 2, 2013 was the deadline for the receipt of annual Statements of Economic Interests (SEIs).  Staff is currently processing the SEIs, Sunshine Declarations and Ethics Training documents that have been received, which will be posted to the Commission’s website.

The first candidates’ training for the November 5, 2013 election will be held on May 1, 2013 at noon – 1:30 p.m. in Room 421 City Hall.  Staff will provide information to candidates and their treasurers about campaign finance requirements, the voluntary expenditure ceilings applicable to each race (City Attorney, Treasurer, Assessor/Recorder) and the public financing program applicable to candidates for the District 4 seat on the Board of Supervisors.

Commission staff has been working closely with the Department of Technology to synchronize the Commission’s campaign finance and lobbyist data with the City’s open data system at data.sfgov.org.  The system can be used to filter, sort, and download City data, build charts and summaries, and access City data via an application programming interface (API).  Socrata, the vendor that builds the software for the data.sfgov.org system, wrote a case study about San Francisco’s site and the ability to move data into the system using a software product called FME.  Socrata chose to focus the case study on the Commission’s use of the system.  The case study is called “Set it and Forget it” Saves San Francisco Time and is available at the following URL:  http://www.socrata.com/san-francisco-case-study/ 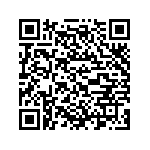 Scan the QR code with a mobile device camera to access the latest version of this document online:
https://sfethics.org/ethics/2013/04/executive-directors-report-april-22-2013.html