EXECUTIVE DIRECTOR’S REPORT
TO THE SAN FRANCISCO ETHICS COMMISSION
For the Special Meeting of May 30, 2013

April 2, 2013 was the deadline for the receipt of annual Statements of Economic Interests (SEIs).  On May 16, 2013, staff sent second notices to 31 non-filers to inform them that the Commission will refer their non-filing status to the Fair Political Practices Commission’s (FPPC) enforcement division for investigation and possible prosecution, if the Commission does not receive their SEI filings by June 5, 2013.

As of May 17, 2013, 603 filers have filed their annual SEI forms (including leaving office or assuming office statements) with the Commission.  Staff continues to process and post forms on the Commission’s website.

As of May 21, 2013, there are 23 pending formal complaints alleging violations within the Ethics Commission’s jurisdiction.

Staff conducted a training session on May 1, 2013 for candidates and their treasurers about campaign finance requirements, the voluntary expenditure ceilings applicable to each race (City Attorney, Treasurer, Assessor/Recorder) and the public financing program applicable to candidates for the District 4 seat on the Board of Supervisors.

On May 8, 2013, staff met with a delegation of 11 Yunnan civil servants representing the Yunnan Provincial Bureau, China.  The group, organized by Triway International Group, which hosts Chinese delegations in the U.S. for educational and exchange purposes, was interested in learning about the work of the Ethics Commission, investigations, and performance standards. 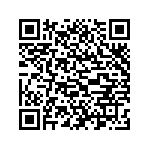 Scan the QR code with a mobile device camera to access the latest version of this document online:
https://sfethics.org/ethics/2013/05/executive-directors-report-may-30-2013.html