HomeInterested Persons ListPress Release – May 31, 2013 – Summary of Actions Taken at May 30, 2013 Special Meeting

SUMMARY OF ACTIONS TAKEN AT MAY 30, 2013 SPECIAL MEETING

At its special meeting on May 30, 2013, the San Francisco Ethics Commission took the following actions:

The next meeting of the Commission will be a special meeting to be held on Monday, June 24, 2013 in Room 400 City Hall. 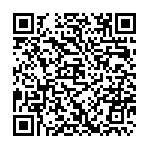 Scan the QR code with a mobile device camera to access the latest version of this document online:
https://sfethics.org/ethics/2013/05/press-release-may-31-2013-summary-of-actions-taken-at-may-30-2013-special-meeting.html