EXECUTIVE DIRECTOR’S REPORT
TO THE SAN FRANCISCO ETHICS COMMISSION
For the Regular Meeting of June 24, 2013

As of June 18, 2013, there are 24 pending formal complaints alleging violations within the Ethics Commission’s jurisdiction.

Due to recent changes to the Campaign Finance Reform Ordinance and Ethics Commission regulations (anticipated to take effect on June 21, 2013), all committees must now file electronic statements and complete the electronic signature requirements.  Staff has informed treasurers and candidates about the new requirements and has provided detailed instructions.  Staff continues to inform and assist committees during this transition.

As of June 18, 2013, 86 individual lobbyists were registered with the Commission.  Total revenues collected to date are $49,175, including $48,575 in lobbyist registration fees and $600 in late fines. The filing deadline for the next lobbyist disclosure statement is July 15, 2013.

As of June 17, 2013, 617 filers have filed their Form 700 statements (including annual, leaving office or assuming office statements) with the Commission.  Staff continues to process and post forms on the Commission’s website.

As of June 17, 2013, there were 17 non-filers who have not filed their Form 700 (including annual, leaving office or assuming office statements) with the Commission.   If their forms are not received by June 20, 2013, staff will refer their non-filing status to the Fair Political Practices Commission’s (FPPC) enforcement division for investigation and possible prosecution.

Staff conducted a training session on May 1, 2013 for candidates and their treasurers about campaign finance requirements, the voluntary expenditure ceilings applicable to each race (City Attorney, Treasurer, Assessor/Recorder) and the public financing program applicable to candidates for the District 4 seat on the Board of Supervisors. 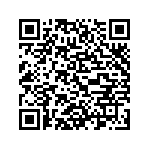 Scan the QR code with a mobile device camera to access the latest version of this document online:
https://sfethics.org/ethics/2013/06/executive-directors-report-june-24-2013.html