EXECUTIVE DIRECTOR’S REPORT
TO THE SAN FRANCISCO ETHICS COMMISSION
For the Regular Meeting of July 22, 2013

As of July 15, 2013, there are 20 pending formal complaints alleging violations within the Ethics Commission’s jurisdiction.

c. Status of accounts to San Francisco Bureau of Delinquent Revenues (BDR).  The following chart provides details on active accounts referred to BDR as of June 30, 2013:

As of July 15, 2013, 86 individual lobbyists were registered with the Commission.  Total revenues collected to date are $49,175, including $48,575 in lobbyist registration fees and $600 in late fines. The filing deadline for the next lobbyist disclosure statement is August 15, 2013.

As of June 17, 2013, 617 filers had filed their Form 700 statements (including annual, leaving office or assuming office statements) with the Commission.  Staff continues to process and post forms on the Commission’s website.

As of July 3, 2013, the following 15 non-filers were referred to the Fair Political Practices Commission (FPPC) enforcement division for investigation and possible prosecution for not filing their required SEI forms:

On June 26, staff conducted a trainings session for members and employees of the Entertainment Commission on conflict of interest laws and the Entertainment Commission’s Statement of Incompatible Activities.  Staff was impressed by the number of questions and hypothetical scenarios that were raised.
The Commission continues to offer trainings on Statements of Incompatible Activities to City departments via web trainings.  The following are web video trainings available on the Commission website: 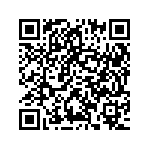 Scan the QR code with a mobile device camera to access the latest version of this document online:
https://sfethics.org/ethics/2013/07/executive-directors-report-july-22-2013.html