EXECUTIVE DIRECTOR’S REPORT
TO THE SAN FRANCISCO ETHICS COMMISSION
For the Regular Meeting of October 28, 2013

As mentioned previously, the Commission’s budget for FY 2013/14 is $4,531,950, which is a total increase of $376,403 over the past year’s budget.  The total includes $1,903,559 for the Election Campaign Fund (ECF) and $2,628,391 for the operating budget.  The Commission has interviewed candidates for the open Auditor and Educator Positions and is in the final decision-making stage of this process.  We plan to fill the open Investigator position later in the fiscal year.

As of October 12, 2013, there were 13 pending formal complaints alleging violations within the Ethics Commission’s jurisdiction.

c. Status of accounts to San Francisco Bureau of Delinquent Revenues (BDR).  The following chart provides details on active accounts referred to BDR as of September 30, 2013:

For FY 13-14, the Commission is budgeted to generate $100,000 in revenues.  As of October 21, 2013, the Commission received $9,119 as summarized below.  The figure represents collection of approximately nine percent of expected revenues for FY 13-14.

On September 16, 2013, staff sent out a notice to all department heads regarding the electronic filing of the Form 700 and how to create an e-filing account.  Electronic filing of SEIs with the Commission will be implemented beginning January 1, 2014.

On October 11, staff met with a delegation of 18 government officials from the Fujian Provincial Government. The group, sponsored by Triway International, was interested in learning about enforcement of ethics laws and supervision of the government employees in the United States.

Netfile, the Commission’s electronic filing system vendor, has provided campaign filers with a mobile phone app to sign electronic campaign finance statements.  Candidates, treasurers, and committee officers with a Signature Verification Card on file with the Commission can view and sign campaign statements from a mobile phone using a Signer ID and PIN code.  The September 26, 2013 pre-election campaign finance deadline was the first deadline that the app was available for use.  Filers may obtain the Android phone app for free by clicking the link in their Netfile User Accounts on the signature page or by searching for “Netfile Signature Verification” on the Google Play Store.  Netfile intends to make the app available for iPhones in the near future.

Staff has been responding to an increase in public records requests this month.  Due to the voluminous records involved in some of the requests, some staff have been sidetracked from their regular duties. 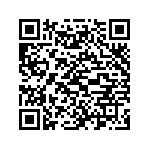 Scan the QR code with a mobile device camera to access the latest version of this document online:
https://sfethics.org/ethics/2013/10/executive-directors-report-october-28-2013.html