The Committee was formed in January 2010 to support the election of Jane Kim to the Board of Supervisors, District 6 in the November 2, 2010 general election.  During the period covered by the audit, the Committee’s Treasurer was Peggy Lee and Sin Yen Ling was the Assistant Treasurer.  The Committee was active as of December 31, 2010.

For the period covered by the audit, the Committee received $135,005 in monetary contributions and $90,817 in public funds, and incurred $249,402 in expenditures.  The CFRO provides that any candidate who receives public funds must return unexpended campaign funds to the Election Campaign Fund.  The Committee does not have any unexpended funds.

The Commission determined that there were two material findings with respect to the audit of the Committee.

The total amount of expenses that lack supporting documentation (i.e., invoices, receipts, contracts or timesheets) is $70,417, which represents 28 percent of total expenditures incurred by the Committee. Please see table below.

Table 1: Summary of total expenses for which the Committee did not provide supporting documentation:

Government Code section 84300, which is incorporated into local law by S.F. C&GC Code section 1.106, prohibits cash expenditures of $100 or more.

The Committee incurred cash expenditures of over $100 as evidenced by cash withdrawals shown on the Committee’s bank statements. Please see table below.

Table 2: Cash Withdrawals Made by the Committee:

Based on the Commission’s review of the Committee’s records, it appears that the Committee made the above-referenced cash withdrawals to pay the salary of one of its employees.  The Committee reported paying the employee $4,000; however, there are not checks for this amount that cleared the bank.  As required by law, the Committee should not have paid this employee with cash payments.

The Committee provided the following comments with respect to the audit findings:

The Committee utilized the services of volunteer treasurers who used their best efforts to comply with the law. The Committee’s new treasurer has worked diligently with Ethics Commission staff to provide available documentation for all expenditures.

The $4,000 in expenditures in question represent a small percentage of the Committee’s total expenditures.  The Committee utilized the services of volunteer treasurers who used their best efforts to comply with the law in making all campaign expenditures. 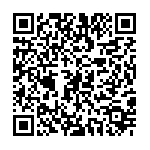 Scan the QR code with a mobile device camera to access the latest version of this document online:
https://sfethics.org/ethics/2013/10/san-francisco-ethics-commission-audit-report-jane-kim-for-supervisor-2010-fppc-id-1324277.html