EXECUTIVE DIRECTOR’S REPORT
TO THE SAN FRANCISCO ETHICS COMMISSION
For the Regular Meeting of November 25, 2013

As mentioned previously, the Commission’s budget for FY 2013/14 is $4,531,950, which is a total increase of $376,403 over the past year’s budget.  The total includes $1,903,559 for the Election Campaign Fund (ECF) and $2,628,391 for the operating budget.  The Commission has hired a training officer and is in the final decision-making stage of hiring an auditor.  We plan to fill the open Investigator position later in the fiscal year.

As of November 13, 2013, there were 16 pending formal complaints alleging violations within the Ethics Commission’s jurisdiction.

c. Status of accounts to San Francisco Bureau of Delinquent Revenues (BDR).  The following chart provides details on active accounts referred to BDR as of October 31, 2013:

On September 16, 2013, staff sent out a notice to all departments regarding the electronic filing of the Form 700 and requesting submission of a Certification of Email Addresses form, due by December 2, 2013.  As of November 5, 2013, staff had followed up with the secretaries and department heads who have yet to file their email addresses.  Electronic filing of the Form 700 with the Commission will be implemented on January 1, 2014.

As of November 12, 2013, the Commission had received approximately 24 percent of the email addresses needed to create the e-filing accounts that will allow electronic filing of the Form 700.

In February and March 2014, the Commission will provide workshops on how to file the Form 700 electronically.  A notice regarding these workshops will be sent shortly.

On November 4, staff met with a delegation of 19 members of the Ningxia Hui Autonomous Region Department of Supervision.  The group, sponsored by Triway International, was interested in learning about the work of the Ethics Commission and its investigation and enforcement procedures, among other things.

On November 17, the Executive Director was a guest lecturer at the Presidio Graduate School and gave a talk on governmental ethics to a Public Administration Class.

On November 19, staff met with a delegation of 20 from the Wuhan Supervision Bureau, who were visiting the United States to learn about anti-corruption efforts.  The group also learned about the work of the Ethics Commission, Sunshine and open meeting laws, and citizen participation.

Staff finished responding to the records requests made in October.  The largest request took over 57 hours of staff time to collect, review, and organize records, scan paper documents into electronic format, redact information as required by law, and prepare a written response explaining the legal basis for the redactions.

On November 13, 2013, the Controller's Office published data showing the volume of records contributed to the City's open data web site called DataSF at data.sfgov.org.  Commission staff has contributed the most records to the web site, far outpacing any other department's efforts. 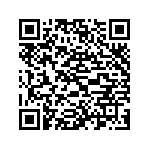 Scan the QR code with a mobile device camera to access the latest version of this document online:
https://sfethics.org/ethics/2013/11/executive-directors-report-november-25-2013.html