Vice-Chairperson Renne called the meeting to order at 5:30 PM.

OTHERS PRESENT: Ray Hartz and other unidentified members of the public.

An unidentified member of the public stated that the California Fair Political Practices Commission found that City Librarian Luis Herrera failed to disclose gifts on his Statement of Economic Interests form for several years.

Ray Hartz stated that at the September 2013 Ethics Commission meeting, Commissioners Renne and Hayon informed staff that they should not be disheartened by public criticism. He also stated that the Ethics Commission failed in its duty to ensure that City Librarian Luis Herrera properly disclosed activity on his Statement of Economic Interests.

I was interested in the end of the September 23 meeting of this Ethics Commission. After Chair Hayon said: “there are no members of the public here…,” Commissioner Renne said, in part, “I hope the staff doesn’t take the criticism to heart as it isn’t what any of us feel who know what you’re really doing…”. He then proceeded to characterize all of the public comment as quote “accusations.” This was followed by: “I think they were all unfounded comments.” Chair Hayon then said: “Thank you Commissioner Rennie [sic], and I think we all heartily agree with what you said.” I suppose I should be grateful that you were so candid about your opinion regarding public participation and comment at these meetings. I am not! I think it shows the dismissive attitude you have toward public participation and disregard for any opinion other than your own. I find this totally unsurprising!

Commissioner Keane requested recusal from voting on the annual report because he was just sworn in as a commissioner and that he cannot comment on the Commission’s activity over the last fiscal year.

Motion 13-10-28-1 (Keane/Hur) Moved, seconded, and passed (4-0; Hayon excused) that Commissioner Keane be recused from voting to approve the annual report.

After a review of this annual report, I feel that you have confused “activity” with “accomplishment!” The report is filled with things done without any outcomes that I can find. In the introduction it states: “The Commission is pledged to a high standard of excellence in Government accountability…” An example: City Librarian Luis Herrera was found guilty this year by the FPPC for failing to report gifts he received in multiple years. With absolutely no belief that this body would take any action, James Chaffee took the matter to a state agency. Herrera, after multiple years of training in the Sunshine Ordinance and ethics laws, filed multiple years of declarations, under penalty of perjury, that he had received no gifts! His amended filings showed thousands of dollars of such gifts. The LC, in an illegally released statement, described this pattern of behavior as follows: “this was an unintentional reporting error.”

Motion 13-10-28-3 (Andrews/Hur) Moved, seconded, and passed (4-0; Hayon excused) that the Commission approve the minutes as drafted.

Near the end of these minutes you will see Vice Chairperson Renee’s [sic] comments which I referenced earlier. I think the most egregious statement is: “He stated that they were all unfounded comments.” This is closely followed by: “Chair Hayon agreed.” When in the presence of the public, these members are silent. After the Public [sic] leaves, however, they find the courage to speak out! I hope the staff realizes they are being “Damned with faint praise!” Commissioners indicate support only when there’s no one around to hear. I hope the Public realizes they are being dismissed totally out of hand! Perhaps the reason that most or all of the comments are “negative,” is that members of the public see nothing “positive!” After a while many just don’t bother to attend. As Albert Einstein said, “The best definition of insanity is doing the same thing over and over, expecting a different outcome.”

Executive Director St. Croix highlighted that the Commission hired a new Educator and is seeking to hire an Auditor, and that the Netfile contract was extended.

Responding to Commissioner Andrews, Executive Director St. Croix stated that there was an increase in public records requests in October and that there is no way to determine why an increase occurs.

Responding to Commissioner Hur, Executive Director St. Croix stated that the Netfile contract amount was slightly higher than the previous contract but the cost is amortized over the life of the contract.

Responding to Commissioner Andrews, Executive Director St. Croix stated that Commission revenues are the highest in January when many regulated individuals must pay annual fees and election related fees are assessed.

Public Comment:
Ray Hartz stated that City Librarian Luis Herrera filed his Statement of Economic Interests under the penalty of perjury. He also stated that responding to public records requests are considered to be regular duties for City employees.

I’m only going to comment on sections 7 and 10 of this report. The first section discusses the filing of form 700. Some focus needs to be placed on the fact that the filing of such reports are done under the penalty of perjury! After years and years of training Luis Herrera failed to figure that out. He also didn’t seem to understand that signing such a statement is perjury even when not done in front of a public official! I have to believe that if someone as intelligent as Mr. Herrera doesn’t understand these facts, there must be many more city employees who also don’t understand. In section 10, it states “Due to the voluminous records involved in some of the requests, as some staff have been sidetracked from the regular duties.” Under the S0 [sic] and the CPRA, responding to requests are among “regular duties” of each City employee.

Public Comment:
Ray Hartz stated that the Ethics Commission should acknowledge its role in the Sunshine Ordinance.

VII. Public comment on matters appearing or not appearing on the agenda that are within the jurisdiction of the Ethics Commission. 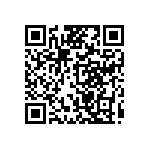 Scan the QR code with a mobile device camera to access the latest version of this document online:
https://sfethics.org/ethics/2013/11/minutes-october-28-2013.html