EXECUTIVE DIRECTOR’S REPORT
TO THE SAN FRANCISCO ETHICS COMMISSION
For the Regular Meeting of January 27, 2014

As previously reported, the Outreach/Education Officer position has been filled.  Since the last report, the open Auditor position has also been filled.  The planned hiring to fill the open Investigator position is pending results of the upcoming budget request.  At this month’s meeting, the Commission will consider the budget request for the next fiscal year (2014/15).  Staff has prepared a separate memo regarding this request.

As of January 21, 2014, there were 21 pending formal complaints alleging violations within the Ethics Commission’s jurisdiction.

c. Status of accounts to San Francisco Bureau of Delinquent Revenues (BDR).  The following chart provides details on active accounts referred to BDR as of October 31, 2013:

On January 2, 2014, the Commission’s electronic filing system, NetFile, became available to the City’s 527 elected officials, department heads and members of decision-making boards or commissions who are now required to file their Form 700 electronically.  As of January 21, 2014, 27 Form 700s have been filed.

In preparation for the April 1, 2014 due date for Form 700, a memorandum outlining the duties of Department Heads and Filing Officers has been circulated, and trainings have been scheduled for February 5, 2014 and March 5, 2014.  Two additional training sessions will be offered if there is sufficient interest.

On December 2, 2013, staff met with a group of delegates from central and local departments of human resources and social security of China regarding the Commission’s effort in promoting the high standards of ethical behavior among government employees.

On December 12, 2013, staff met with a group of members of the Chinese General Administration of Customs to discuss the mission and function of the Commission and ethical standards of conduct for civil servants. 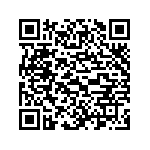 Scan the QR code with a mobile device camera to access the latest version of this document online:
https://sfethics.org/ethics/2014/01/executive-directors-report-january-27-2014.html