At its regular meeting on February 24, 2014, the San Francisco Ethics Commission took the following actions:

Information about the above cases, including the proposed settlement agreements, can be found at:

The next regular meeting of the Commission will be held on Monday, March 24, 2014 in Room 400 City Hall. 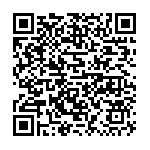 Scan the QR code with a mobile device camera to access the latest version of this document online:
https://sfethics.org/ethics/2014/02/press-release-february-25-2014-summary-of-actions-taken-at-february-24-2014-regular-meeting.html