The Committee was formed in August 2009 to support the election of Laura Spanjian to the Board of Supervisors, District 8 in the November 2, 2010 general election. The Candidate’s name did not appear on the ballot because the Candidate withdrew from the race. During the period covered by the audit, the Committee’s Treasurer was Steven Mele. The Committee terminated in April 2010.

For the period covered by the audit, the Committee received $38,551 in monetary contributions and incurred $38,551 in campaign expenditures. 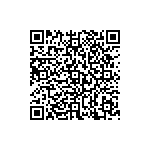 Scan the QR code with a mobile device camera to access the latest version of this document online:
https://sfethics.org/ethics/2014/02/san-francisco-ethics-commission-audit-report-laura-spanjian-for-supervisor-2010-fppc-id-1321119.html