The Committee was formed on February 9, 2011 to support the election of Michela Alioto-Pier to the office of Mayor in the November 8, 2011 general election. The Committee’s treasurer is Rita Copeland. The Committee remains open.

The CFRO provides that any candidate who receives public funds must return unexpended campaign funds to the Election Campaign Fund. The Committee has $4,697.63 in unexpended funds. 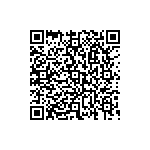 Scan the QR code with a mobile device camera to access the latest version of this document online:
https://sfethics.org/ethics/2014/02/san-francisco-ethics-commission-audit-report-michela-alioto-pier-for-mayor-2011-fppc-id-1336522.html