The Committee was formed on May 5, 1997 for member education/public education and activities on issues relating to working families/union members. During the period covered by the audit, the Committee’s treasurer was Tim Paulson. The Committee remains active. 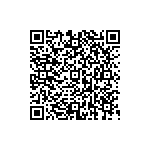 Scan the QR code with a mobile device camera to access the latest version of this document online:
https://sfethics.org/ethics/2014/02/san-francisco-ethics-commission-audit-report-san-francisco-labor-neighbor-member-educationpolitical.html