EXECUTIVE DIRECTOR’S REPORT
TO THE SAN FRANCISCO ETHICS COMMISSION
For the Regular Meeting of March 24, 2014

At the January meeting, the Commission adopted a budget proposal for the Fiscal Year 2014/2015.  As previously reported, the extended vacancy in the Audit staff has been filled; however, another auditor has resigned due to an opportunity in another department.  We will endeavor to fill this new vacancy as soon as practical.

As of March 17, 2014, there were 23 pending formal complaints alleging violations within the Ethics Commission’s jurisdiction.

As of March 17, 2014, 19 campaign consultants were registered with the Commission. $5,150 in registration fees and fines and have been collected so far during the 2013-2014 fiscal year.  The next campaign consultant quarterly report deadline is Monday, June 16, 2014, covering the reporting period from March 1, 2014 through May 31, 2014.  Staff will send reminders to all active campaign consultants before the deadline.

On March 12, 2014, staff sent the first of three weekly reminders to filing officers, department heads, and e-filers about the April 1st deadline for filing the Annual Form 700.  Subsequent reminders will be sent on March 19th and 26th.  As of March 18, 3014, 31 percent (169) e-filers had filed their Annual Form 700 successfully.

(Attachment to the ED Report) 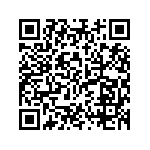 Scan the QR code with a mobile device camera to access the latest version of this document online:
https://sfethics.org/ethics/2014/03/executive-directors-report-march-24-2014.html