EXECUTIVE DIRECTOR’S REPORT
TO THE SAN FRANCISCO ETHICS COMMISSION
For the Special Meeting of June 23, 2014

The Mayor’s proposed budget was released on June 2, 2014; I appeared before the Board of Supervisors Budget and Finance Committee to represent the Commission on June 16, 2014.  Our budget request for FY 2014/15 was for $4,707,326; the funding in the budget is currently $4,524,354, a difference of $182,972.  The budget is expected to be finalized in the next several weeks.  If the current funding figure for the Ethics Commission remains static, we will continue to have a vacancy in the Enforcement/Investigations Division.  Additionally, the increase of $15,750 in the newly renegotiated Netfile contract was offset by a corresponding decrease in our temporary staff funds.

As of June 16, 2014, there were 21 pending formal complaints alleging violations within the Ethics Commission’s jurisdiction.

As of June 17, 2014, 22 campaign consultants were registered with the Commission.  $6,000 in registration fees and $1,050 in fines and have been collected so far during the 2013-2014 fiscal year.  The next campaign consultant quarterly report deadline is Monday, September 15, 2014, covering the reporting period from June 1, 2014 through August 31, 2014.  Staff will send reminders to all active campaign consultants before the deadline.

On June 3, 2014, a second set of reminder letters were sent to the sixteen (16) individuals who had not yet filed their Annual Form 700 with the Commission.  As of June 17, 2014, the number of non-filers had been reduced to eight (8) individuals.  Anyone who has still not filed as of June 30, 2014 be referred to the Fair Political Practices Commission for enforcement in early July, 2014.

Commission staff hosted representatives from the Fair Political Practices Commission (“FPPC”) and the Franchise Tax Board (“FTB”) on Thursday, June 5, 2014.  FPPC staff, including Enforcement Chief Gary Winuk (talking in photo below), made presentations regarding the intake, investigation and prosecution of campaign finance and conflict of interest complaints, while the FTB staff provided insight regarding their audit procedures for campaign committees. 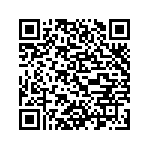 Scan the QR code with a mobile device camera to access the latest version of this document online:
https://sfethics.org/ethics/2014/06/executive-directors-report-june-23-2014.html