HomeInterested Persons ListPress Release – September 8, 2014 – SF Ethics Commission Announces That The Individual Expenditure Ceiling Has Been Raised For Candidates For The Board of Supervisors In District 10

Press Release – September 8, 2014 – SF Ethics Commission Announces That The Individual Expenditure Ceiling Has Been Raised For Candidates For The Board of Supervisors In District 10

A candidate running for the Board of Supervisors who seeks public funding must abide by his or her Individual Expenditure Ceiling, which begins at $250,000, and may be raised in increments of $10,000 based on the sum of opposition spending against the participating candidate and the total supportive funds of the candidate’s opponents. A candidate is required to file Form SFEC-152(a)-2 within 24 hours of receiving contributions or making expenditures that equal or exceed $100,000 and for every $10,000 thereafter. Any person making independent expenditures, electioneering communications, or member communications that clearly identify a candidate for the Board of Supervisors is required to file a Third Party Disclosure Form within 24 hours of each time the person spends $5,000 or more per candidate. 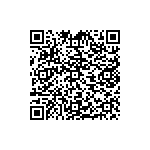