EXECUTIVE DIRECTOR’S REPORT
TO THE SAN FRANCISCO ETHICS COMMISSION
For the Regular Meeting of October 27, 2014

The Mayor has expressed concerns about the costs of some November ballot measures, should they pass.  As a result, all departments have been directed to prepare a contingency plan cutting budgets by 1.5%.  In the event that this contingency is actually required, it would reduce the Ethics Commission budget for FY 14/15 by $39,608.  All of these funds would come out of the salary/fringe line items.

As of October 14, 2014, there were 17 pending formal complaints alleging violations within the Ethics Commission’s jurisdiction.

In the interim, staff receives and processes campaign statements for this and other filing deadlines.  Staff continues to answer questions from and conduct outreach to candidates and other committee representatives about campaign finance filing obligations.

As of October 14, 2014, 118 individual lobbyists were registered with the Commission.  Total revenues collected to date for the 2014-2015 fiscal year amount to $11,000 in lobbyist registration fees.  The filing deadline for the next lobbyist disclosure statement is November 17, 2014.

Amendments to the City’s Lobbyist Ordinance passed by the Board of Supervisors took effect on July 25, 2014.  On September 26, 2014, Ethics Commission regulations implementing the ordinance became effective and, that same day, a revised Lobbyist Manual was posted to the Commission’s website.  An updated training video is in the final stages of development and will be posted to the website by the end of 2014.

The next campaign consultant quarterly report deadline is Monday, December 15, 2014, covering the reporting period from September 1, 2014 through November 30, 2014.  Staff will send reminders to all active campaign consultants before the deadline.

On September 30, 2014, the Executive Director and staff attended the filing officers’ quarterly brown bag lunch.  Discussion topics included procedural issues regarding the Sunshine Ordinance, and effective communication between the Commission and departments.

A new guide for filing the Statement of Economic Interests Form 700 electronically has been developed, and is available on the Commission’s website.  The guide is directed at individuals who are required to file their Form 700 with the Ethics Commission, and includes instructions with screenshots to help the filer navigate the e-filing system.

On October 15, I was a featured speaker at a non-partisan “Get Out the Youth Vote” event at Larkin Street Youth Services.

On October 16, 2014, the Committee on Information Technology approved a metadata standard for City data published on the DataSF open data web site.  Commission staff was part of a working group that developed and drafted the standard.

Comments from Social Media Regarding Democracy Facts label and Ballot Measure Dashboards for the November 4, 2014 Election

Our team in Seattle has great data online at http://t.co/ZbzvQVVNoB but props to @sfethics for innovation in packaging, via @_justinlevitt_

Something I've been interested in: fr the mind of @_justinlevitt_ Election Facts goes live for SF Ethics Cmsn http://t.co/iRfJOmFNfu

This is pretty creative. A @tableau Pubic viz by @sfethics showing "Democracy Facts" in a nutrition label style http://t.co/D5Q4j9opMP 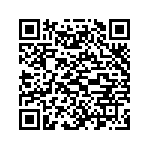 Scan the QR code with a mobile device camera to access the latest version of this document online:
https://sfethics.org/ethics/2014/10/executive-directors-report-october-27-2014.html