EXECUTIVE DIRECTOR’S REPORT
TO THE SAN FRANCISCO ETHICS COMMISSION
For the Special Meeting of December 16, 2014

The Mayor’s December budget briefing indicated that departments will not be asked to make cuts in their existing budgets in next year’s budget submissions.  The Commission will likely consider its budget proposal at the January 2015 regular meeting.

As of December 10, 2014, there were 18 pending formal complaints alleging violations within the Ethics Commission’s jurisdiction.

In the interim, staff receives and processes campaign statements for this and other filing deadlines.  Staff continues to answer questions from and conduct outreach to candidates and other committee representatives about campaign finance filing obligations. The next filing is February 2, 2015 for the Second Semi Annual statement, which covers the reporting period ending December 31, 2014.

As of December 3, 2014, 127 individual lobbyists were registered with the Commission.  Total revenues collected to date for the 2014-2015 fiscal year amount to $17,000 in lobbyist registration fees.  The filing deadline for the next lobbyist disclosure statement is January 15, 2015.

In preparation for the 2015 Form 700 filing requirements, instructions will be sent to Department Heads in mid-January, 2015.  Trainings for filing officers have been scheduled for February 4 and March 4, 2015.

On November 13, staff met with a delegation from China of 24 public administration officials to discuss the Commission mission and governmental ethics.

On November 16, I gave a guest lecture on governmental ethics to a class of MPA candidates at the Presidio Graduate School in San Francisco.

On December 3, I gave a guest lecture on governmental and business ethics to a class of MIB candidates at the Moore School of Business at the University of South Carolina (via teleconference). 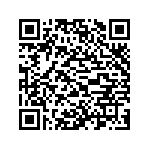 Scan the QR code with a mobile device camera to access the latest version of this document online:
https://sfethics.org/ethics/2014/12/executive-directors-report-december-16-2014.html