On August 8, 2012 the Committee qualified as a primarily formed ballot measure committee in support of Measure E on the November 6, 2012 ballot. Measure E was a ballot measure regarding business registration fees and a gross receipts tax. During the period covered by the audit, Kevin Heneghan served as the Committee’s treasurer. The Committee was active as of December 31, 2012. 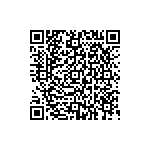 Scan the QR code with a mobile device camera to access the latest version of this document online:
https://sfethics.org/ethics/2014/12/san-francisco-ethics-commission-audit-report-san-franciscans-for-fair-taxes-and-better-city-services.html