The Committee qualified as a general purpose committee on December 30, 1983 to support/oppose candidates and measures in San Francisco and Statewide. During the period covered by the audit, the Committee’s treasurer was Janan New. The Committee is active as of the date of this report. 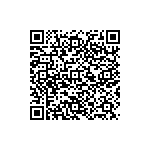 Scan the QR code with a mobile device camera to access the latest version of this document online:
https://sfethics.org/ethics/2015/02/san-francisco-ethics-commission-audit-report-san-francisco-apartment-association-pac-fppc-id-840002.html