EXECUTIVE DIRECTOR’S REPORT
TO THE SAN FRANCISCO ETHICS COMMISSION
For the Meeting of March 23, 2015.

As of March 15, 2015, there were 17 pending formal complaints alleging violations within the Ethics Commission’s jurisdiction.

a. Filing deadline.   The next filing is July 31, 2015 for the First Semi-annual statement, which covers the reporting period ending June 30, 2015.  In the interim, staff receives and processes campaign statements for this and other filing deadlines.  Staff continues to answer questions from and conduct outreach to candidates and other committee representatives about campaign finance filing obligations.

c. Status of accounts to San Francisco Bureau of Delinquent Revenues (BDR).  The following chart provides details on active accounts referred to BDR as of March 15, 2015:

BDR has obtained a lien from an abstract of judgment for the amount owed by the Coalition to Elect Chris Jackson to Community College Board ($2,658.90).

On March 17, 2015, Commission interns Jeffrey Thorsby and Kristen Wolslegel released their data visualization report called “Spending to Influence: Campaign Finance and Lobbying in San Francisco in 2014”.  A preview of the report was presented to the Commission at the February 23, 2015 meeting.  The interactive report is available on the Commission’s web site.

For the calendar year 2015, staff has scheduled 14 workshops to provide training to campaign committees of their obligations under state and local campaign finance laws.  Of the 14 workshops, five will cover requirements pertaining to candidates seeking office in November 2015, five will cover requirements pertaining to ballot measure committees and four will cover requirements pertaining to general purpose committees (also referred to as political action committees).  In addition, to the 14 scheduled training workshops, staff will schedule additional training and/or conduct one-on-one training as needed.  Separately, on an on-going basis staff provides training to candidates and campaign treasurers on using the Commission’s online electronic filing system, SFEDS.   On March 20, 2015, staff is scheduled to provide an overview of San Francisco’s ethics standards to officials from the China General Administration of Customs office. 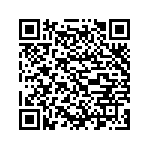 Scan the QR code with a mobile device camera to access the latest version of this document online:
https://sfethics.org/ethics/2015/03/executive-directors-report-march-23-2015.html