The Committee was formed in 2009 to support the election of, Bevan Dufty for Mayor in the November 8, 2011 general election. During the period covered by the audit, the Committee’s Treasurer was Herb Cohn. On February 13, 2012, the Committee filed a statement of termination.

For the period covered by the audit, the Committee received $730,414 in monetary contributions, $1,350 in loans, $1,170 in non-monetary contributions, and $682,108 in public funds, and incurred $1,408,715 in expenditures. The CFRO provides that any candidate who receives public funds must return unexpended campaign funds to the Election Campaign Fund. The Committee returned to the City and County of San Francisco $2,271.24 in unexpended funds. 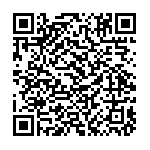 Scan the QR code with a mobile device camera to access the latest version of this document online:
https://sfethics.org/ethics/2015/03/san-francisco-ethics-commission-audit-report-bevan-dufty-for-mayor-2011-fppc-id-1321548.html