The Committee was formed in May 2011 to support the election of Paul Miyamoto for Sheriff in the November 8, 2011 general election. During the period covered by the audit, the Committee’s Treasurer were Amber Maltbie and Paul Miyamoto. The Committee has not yet terminated. 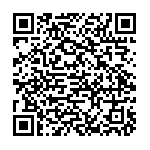 Scan the QR code with a mobile device camera to access the latest version of this document online:
https://sfethics.org/ethics/2015/03/san-francisco-ethics-commission-audit-report-paul-miyamoto-for-sheriff-2011-fppc-id-1338641.html