EXECUTIVE DIRECTOR’S REPORT
TO THE SAN FRANCISCO ETHICS COMMISSION
For the Meeting of April 27, 2015.

As of April 15, 2015, there were 20 pending formal complaints alleging violations within the Ethics Commission’s jurisdiction.

c. Status of accounts to San Francisco Bureau of Delinquent Revenues (BDR).  The following chart provides details on active accounts referred to BDR as of March 15, 2015:

As of April 21, 2015, 466 persons (94 percent) have electronically filed their Annual Form 700.  Warning letters will be sent to non-filers in the first week of May and the first week of June.  Persons who have not filed by July 1, 2015 will be referred automatically to the Fair Political Practices Commission for enforcement.

As of April 21, 2015, 18 individuals have registered with the Permit Consultant program.  Thirteen Disclosure Reports for the period January 1 to March 31, 2015 have been received.  Staff will continue to coordinate with Department of Building Inspection personnel to educate permit consultants about the filing requirements

On April 12, 2015, staff attended the “CA Campaign Finance Summit: Analyzing Money in Politics using Visual Data” at Code for America in San Francisco.  Deputy Executive Director Jesse Mainardi opened the event with a presentation about campaign finance laws to a group comprised of other ethics agency officials, journalists, civic hackers and activists.  The event included a variety of speakers followed by a hackathon for programmers to work with the Commission’s campaign finance data. 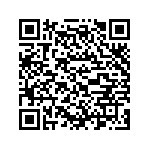 Scan the QR code with a mobile device camera to access the latest version of this document online:
https://sfethics.org/ethics/2015/04/executive-directors-report-april-27-2015.html