The Committee was formed in August 2011 to support the election of Jeff Adachi for Mayor in the November 8, 2011 general election. During the period covered by the audit, the Committee’s Treasurer was Craig Weber. The Committee filed a statement of termination on June 25, 2013 stating that its filing obligations were completed on June 24, 2013.

For the period covered by the audit, the Committee received $195,190 in monetary contributions and incurred $183,796 in expenditures. 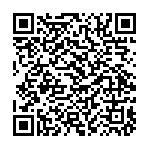 Scan the QR code with a mobile device camera to access the latest version of this document online:
https://sfethics.org/ethics/2015/04/san-francisco-ethics-commission-audit-report-jeff-adachi-for-mayor-2011-fppc-id-1340832.html